Among my metaphorical hat collection I have one with Close Protection Officer written on it (I also have one which says 'runner' but I rarely wear it).

Well, my mobile phone rang a few days ago and the name on the screen said 'Boris.' Excellent, thought I; Boris is the provider of casual close protection work and I envisaged myself donning aforementioned hat and hearing that satisfying 'ker-ching' sound when someone deposits a sum of cash in your bank account/wallet/sweaty mit.

After a brief conversation with Boris, who is an ex-Parachute Regiment soldier and former colleague in the London Fire Brigade, it became apparent that the close protection officer hat was gonna stay on its peg and I was to witness the world of close protection work from the other side of the fence. Boris had asked me to be the Principal for trainee close protection officers, four of whom would comprise my personal escort squad. They were to escort me to Harvey Nicholls, Harrods, lunch in Kensington, and the Victoria and Albert museum.

My brief was as a successful middle-aged businessman; fit; not believing he needed protection but recent events in his personal life suggesting otherwise. From this brief I could relate personally with only one of those traits and it's the one I have the most problem with in my own description- middle-aged (I still fail to understand why I'm never asked to prove my age when buying alcohol).

Anyway, the following afternoon I found myself sitting in the foyer of the Holiday Inn Kensington, reading The Times and sipping a capuccino. I was clad in black trousers, a smart but casual shirt and some fucking expensive shoes that I got for a song from TK Maxx. A fella built like a double-wardrobe came through the revolving door; he had a curly wire leading from his earpiece into his bulging collar and made his way purposefully across the foyer toward me. This was either my bodyguard or I was about to have two low calibre bullets inserted into my cranium in an ironic case of mistaken identity.

'Hi,' I replied, wondering if a successful middle-aged businessman would have such an unmistakeable south London accent.

'My name's Timothy and your car is outside.' Somehow I thought Double Wardrobe might have had a name like Bruce, Frank or Karl but Timothy it was.

Once outside I was met by a gleaming black Range Rover. The door was opened for me and I climbed inside next to a man mountain sat behind the driver. These fellas certainly weren't at the back of the queue when God doled out 20 inch collars. In the driving seat sat Boris. Behind the Range Rover was a Mercedes containing four other gorilla-like men. This was the back up vehicle.

I'd had my instructions earlier and we were to proceed to Harvey Nicks where I would peruse the store before moving on to Harrods.

I walked through the door of Harvey Nicks and entered a territory that I'm guessing you're aware I'm not entirely familiar with. But I walked around the store as if I'm used to considering the purchase of £260.00 shirts and socks costing £9.00 a pair. Behind me Timothy was my shadow and lurking in my near vicinity were three other close protection officers ready to eradicate any threat to my person. On any other day in Harvey Nicks I suspect I would be also followed about by individuals in suits but they would be store detectives expecting a pair of £9.00 socks to be shoved into my pocket at any given moment.

After about half an hour of enjoying the curiosity of the shop assistants and hearing whispered exchanges of: 'Who's the guy with the bodyguards? Is he off the telly?' I'm out the door and striding off toward Harrods. En route I decide to look in the window of a jewellers to marvel at the watches that cost more than I earn in six months. This may have been a mistake because the reaction of the instore security officer suggested he believed the gaff was going to be turned over by a team of jewellery thieves.

Onward toward Harrods and once inside I decide to take the stairs up to the fifth floor where the sports department is situated. Timothy and co may well be able to bench press 220lb but the flight up the stairs proves their cardio ain't so great. If an assassin awaited my arrival, luking behind a treadmill on the fifth floor, I suspect he might have had a good minute or so free reign while my bodyguards picked themselves up off the floor.

Let me tell you something about Harrods and its sports department. If you've got the money to spare go there for your sports gear because the female sales staff are all contenders in the world's most beautiful woman with big breasts stakes. If however, like me you've had a pay freeze for three years and regularly shop in the chav kingdom of Asda, don't bother because everything costs significantly more than it does from Wiggle.

I walk toward the gun room like George Michael approaching a public loo. Behind me Timothy follows. Around us three other suited behemoths lurk. It's fair to say that the poor fella in charge of the gun room probably saw his life flashing before his eyes intermingled with the scene from Terminator where Arnie relieves the gun shop proprietor of 'Uzi 9 millimeter.'

Just before I cross the threshold of  the gun room Boris appears like the Fez-wearing shopkeeper in Mr Benn and announces 'Endex.' Endex is the military term that signifies the end of an exercise. It's a term that is universally met with joy and relief following days or weeks of living in the field and eating composite rations; of shitting into a bag and keeping it with you to remain tactical; of snatching an hour or two of sleep in a stinking doss bag under the stars. Both myself and my security team are more than familiar the term but I suspect the prospect of five fellas masturbating in the gun room of Harrods had more to do with Boris announcing it than any exhaustion or completion of mission.

My time as Pricipal is over and we're all off to an inexpensive cafe for a coffee and debrief. I give my input and praise Timothy and the guys for their good work. They slag me off for not taking the lift to the fifth floor in Harrods and for looking at the psychadelic shirts in Harvey Nicks. The debrief breaks down into a jovial, military-learned slagging session and all is good in the world.

I doubt I'll be going back to either Harrods or Harvey Nicks soon but if I do the fifth floor in Harrods will be getting a visit.

Guns and big tits, what more could a person ask for?

ps I did a Google search for 'guns and big tits' for a cheeky picture to accompany this tale. Beware doing the same and note well that it's definitely NOT safe for work!! 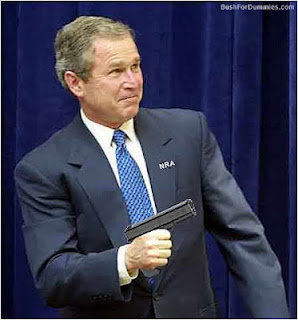 Posted by Subversive Runner at 13:33

I guess your recent shopping spree in Waitrose was a kind of warm up training run (in running parlance) for this little exercise amongst the rich and (not necessarily) famous of this world?

Thanks for the chuckles. You should be a columnist though. Maybe Boris could introduce you to Mr Murdoch :-) x

Love it mate, would have been a belter to have hat gig

Brilliant mate, wish I had bee. With e double wardrobes 2 weeks ago ,

nice to see you back again....

Just snorted coke (the black kind not white!!)out my nose while reading that!

Great post. The life of the trained assassin is never dull!