November. More Than an Excuse for Facial Hair

A couple of years ago I tried to complete the Nanowrimo challenge. I failed miserably.

I briefly examined the reason behind my failiure, not for too long, it has to be said, as other failures occur and I end up with a backlog which I try to work my way through and end up failing at other things as a result. Failure is a self-perpetuating cycle of failure. Fact.

I contented myself with the idea that the Nanowrimo dudes decided upon November as the month for the challenge and that was the reason behind my epic fail. It isn't my fault that the Allied and Central Powers decided to call a halt to the unmitigated slaughter in November 1918; that the Tank Corps found shortlived victory at Cambrai in November 1917; that we remember the fallen of the two world wars and subsequent campaigns in that month; and that those anniversaries require my attendance at commemorative events that traditionally result in an over indulgence in alcoholic beverage.

So here I am, on the 21st November, having put myself about in front of various commemorative structures, drunk a trailer load of booze, and spent enough money to make the Greek economy a blueprint for fiscal excellence.

I'm always happy to have arrived at this place and look forward to inhabiting a body brought back from the brink of self destruction and to taking a break from quietly buying a drink that will never be drunk by absent friends. Your beer is on the bar in the Barley Mow, Graham.

To say I'm on the wagon and in the gym for the forseeable future is a lie, actually. It's a lie because my partner in the Champions Mentor boxing programme, Vince is the winner of a 2011 Wandsworth Civic Award. This award will be made tomorrow night at a three course, slap up meal with wine at the Town Hall. It would be rude not to.

Vince doesn't know he's won this award yet (one which I nominated him for) and neither does he read this blog, so I feel safe in making this public proclamation. Vince doesn't drink a hell of a lot so luckily my Borough Commander, Nigel and I will be there to make up for his lack of thirst. Like me, Nigel gets particularly thirsty at such events.

Anyway, guys and gals, here's a few pics from this weekend, care of Mrs Lee Maclean, and a quick rendition of the regimental march 'My Boy Willie.'

We will remember them. 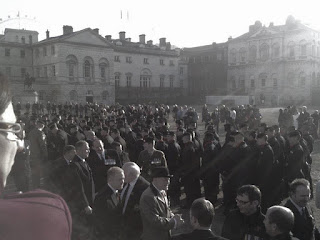 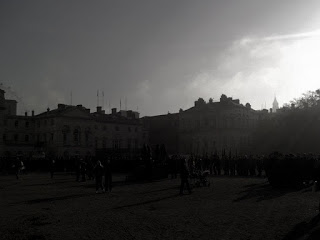 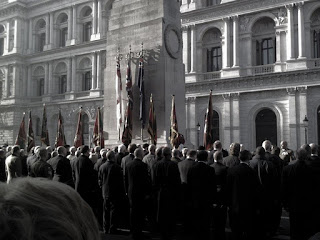 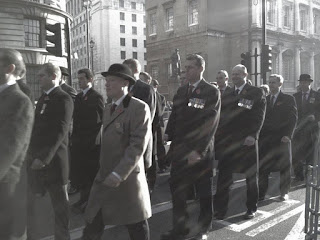 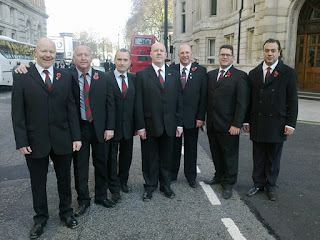 Posted by Subversive Runner at 23:49