A Subversive View on Scottish Independence 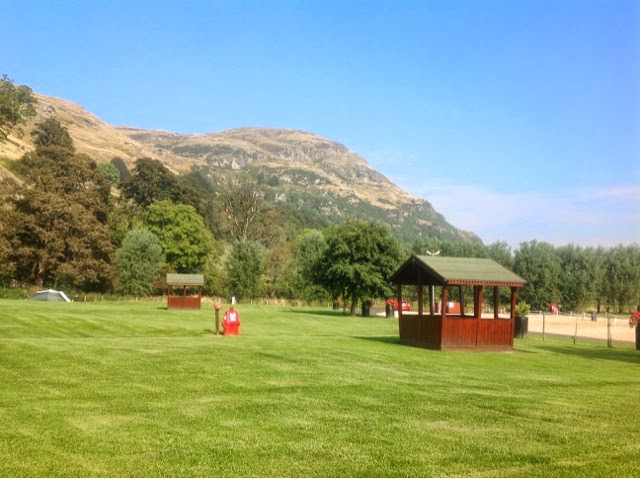 Witches Craig campsite. Not a bad spot.
Back at the campsite Mrs Mac and I are chilling out in the warm, early evening air before her planned departure back to Stirling University. A perfect opportunity to log on to the campsite WiFi and start this research into the independence debate thinks Yours Truly.
I reach into my rucksack to retrieve my iPad. I find my washing bag and pull that out. I fish around inside feeling socks, shirts, the odd running shoe.....but no iPad. An alarm bell rings in my head. I turn my rucksack upside down and spill its contents onto the ground. No iPad. Mrs Mac looks at me and I look at her.
'Fuck,' I say. 'I left my iPad at the fuckin' train station.'
'You idiot,' replies Mrs Mac. 'C'mon, let's go and report it as being lost at the Police Station.'
'What for?' I ask. 'Someone will be at home with a free iPad looking at my internet history and my research into transgendered birds with huge arses.'
'If you want to claim on your insurance you'll at least need a Police reference number,' she says.
Despite my complete lack of confidence in the policing of the ridiculously idiotic misplacing of property and a preference for drowning my sorrows in Buckfast, I climb into Mrs Mac's car and we zoom off to the police station. The fucking things not insured anyway but her ideas usually better mine in most instances.
En route to the police station we pass Bridge of Allan train station and as we do so my eyes widen and my mouth is agape.
There, on the bin, four hours after leaving it, sits my iPad.
I retrieve it to a repeated chorus of 'you lucky, lucky bastard' from Mrs Mac.
And that, Dear Reader is my engagement in the independence debate and my arriving at a decision on my preference for self governance:
For leaving a £500 iPad in situ for its dozy, idiotic owner to return to retrieve it, the Scottish people can have anything they want, and they can have it with a cherry in top, without any comment from me.
Laters. 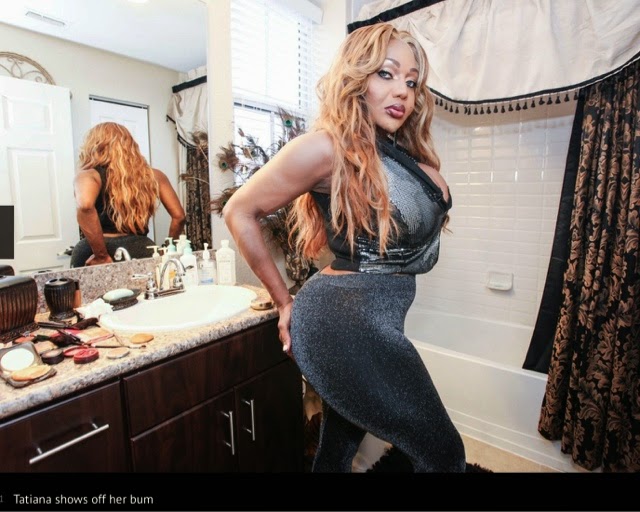 Posted by Subversive Runner at 11:33 0 comments

Waiting for the Bus

Like many of those that might read this blog post (oh for the days when I recorded 300 hits a day) I was nominated by a number of friends and family to conduct the ALS Ice Bucket Challenge.

While I applaud the efforts normal people go to in order to raise charitable donations for deserving causes I can't help but think for some it's an opportunity to make a spectacle of themselves then dress it up as an exercise in courage and compassion.

So while being someone who likes to refuse to follow a trend I also explained that to accept a nomination for 'David and his entire fire crew' to use fire brigade equipment to soak ourselves on duty, in fire brigade time and then post it on YouTube or Facebook might result in me and my colleagues tapping the boards in a smart outfit to collect our P45s.

And that close involvement of my employer in any comment made regarding activities done in their name is one of the reasons why this blog became somewhat redundant (the fact that it was always supposed to be about running and I've run as many steps as Vanessa Feltz and Alex Salmond put together...a comment about Scottish independence on its way...is of course another).

But here I am, dipping my toe into the water of workplace story telling, because having conducted a robust risk assessment, believe I can get away with this, here goes:

So there we were, 04:55hrs on a random night duty at Battersea Fire Station. Now you have to be aware that due to the dynamic nature of our job we're allowed to 'rest' during the night time in order top be physically and mentally prepared to deal with any given situation. So it's fair to say we were 'resting.'

Rest is disturbed by the trumpeting of the alarm indicating that someone, somewhere is in trouble.

I jump up from my resting platform (you might no this by it's more common name of a bed), chuck on my trousers and shoes and make my way down three flights of stairs to the fire engine. There is a traditional pole to transport the user from the upper floors to ground in a matter of seconds but I find the stair descent provides time to engage ones brain and consider the information regarding the incident that's sent to my pager.

We're on the fire engine and out the doors in a flash of light and sound, barrelling through the streets of SW11 en route to a fire alarm in an old folks' home. The guys in the back of the fire engine are preparing breathing apparatus, the driver is negotiating his way through the virtually empty roads and I'm considering the various scenario permutations that we might encounter.

We arrive at the address to discover an old folks' home in darkness and silence with no apparent distressing occurrence unfolding. Of course that doesn't mean it isn't so a full on approach is adopted ie crashing through the security door armed with breathing apparatus, breaking in gear and mean intentions.

Once inside we stand there, wide-eyed, dressed in the latest personal protective equipment, armed with enough gear to extinguish the fires of hell to be met by a silent alarm panel and a little old lady sitting on a chair. She's dressed in an overcoat, carrying an umbrella and has a rolled up shopping bag in her hand.

'Who are you?' she asks. 'Have you brought the mobility shopping bus?'

'No, my love,' I reply. 'We're from the London Fire Brigade and we're here to respond to a fire.'

Once I've ascertained the old burd is right, there is no fire, I stand my guys down and continue our discussion.

'So this mobility shopping bus....it's picking you up here, at this time?' I ask.

'Yes,' the old girl replies. 'I've been waiting an hour.'

'Ten past ten!' I exclaim. 'But it's only ten past five! You've got another five hours to wait!'

'Well fuck that, I'm going back to bed.' she says, and shuffles off down the corridor.

And this event demonstrates the joy of human interaction that my job provides.

We get back on the fire engine a little bit disappointed there was no opportunity to throw loads of wet stuff at hot stuff, a little bit glad that the lack of hot stuff means an absence of sorrow, but laughing our socks off at the Anglo Saxon comment demonstrated by the old burd before hot footing it back to her bed.

One day all of these stories will appear in a book. It'll make me rich and famous and I'll but you all a drink. But only if you comment below :-)


Posted by Subversive Runner at 15:05 6 comments