As time inexorably marches on the date of my retirement from the London Fire Brigade grows ever nearer. OK, so it's still almost five years away but if I consider how quickly the past five years have disappeared, the requirement for my attendance in the bad lands of SW11 will cease before I know it.

So thoughts have been swirling around in my brain of a replacement career. I like to brag about being pretty unemployable in any other field than fire-fighting, technical rescue or life-taking. But apart from my service with the fire brigade and army, in my 47 years on this planet I've earned a crust from building, painting and decorating, door security, body guarding and boxing coaching, so maybe not so unemployable.

You might agree that all of the employment opportunities mentioned above sit well within the practical, male dominated fields. Well, I've been thinking that there's a so far untapped cerebral well of possibility, tied up somewhere in my history degree or my willingness to sit in front of a keyboard and tap two fingered into it to produce written nonsense that no one will ever read.

So yesterday I found myself a guest of the Pegasus Luncheon Club at the Special Forces Club in Knightsbridge. I was there with my very good pal, Boris, a former fire-fighter and WOII in the Parachute Regiment. The event was a lecture on the security aspects of obsession and stalking and was delivered by a bouffant haired former police officer-turned security consultant.

On our arrival the club's grandfather clock had just struck midday and the bar was empty. A discussion regarding our chosen tipple was led and decided upon by Boris, and despite my reservations, a bottle of red wine and two glasses were placed in front of us before you could say 'scene set for a mess.'

The picture below shows me and Boris, suited and booted at the beginning of the afternoon and most importantly, coherent (sober). 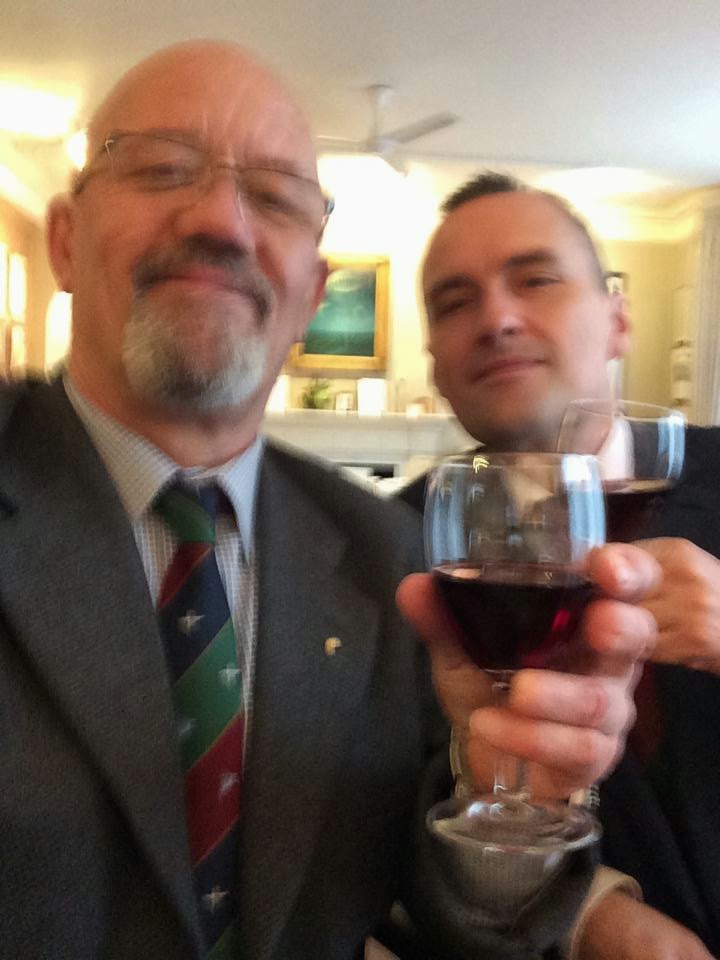 Shortly after the cork was popped a fella that I've chatted to before entered the premises. Max Arthur, author of a number of military tomes and all round good guy. I think our discussion centred around what he's currently working on and when it might be published.....the same discussion I've had with him on a number of occasions mainly because the subjects of fighting and women's breasts don't seem to enter his radar too regularly.

Anyway, the lecture got underway and the lecturer did a fine job. I discovered that Michael Fagan, the popular hero who entered Her Maj's bedroom and sat on her bed actually intended to rape her; a detail that, if widespread, might remove some of his notoriety and discourage idiots like the Bollock Brothers from entertaining the fool.

I also discovered that Thomas Hamilton wrote an 'end of tether' letter to the Queen a few weeks before his wrath was loosed in Dunblane (the Royal Family seem to feature heavily in these issues). Unfortunately the Royal Household's mail protocols meant that Hamilton's letter was opened some six months after the massacre.

Anyhoo, it was as Boris, Max and I absorbed these tales (and a fuckin shit load of red wine) that an idea came to me for a novel. Spookily a similar idea came to Max and a look was exchanged between us and somehow I knew he was thinking similarly.  A hushed comment or two preceded him passing me his card and asking me to contact him outside this environ regarding our joint idea.

Fast forward a day and I have Max's card in front of me. I also have my phone and my PC. What I don't have is any recollection of my idea for a novel as it was washed away by another couple of bottles of wine. The photo below tells the story. Coherence and sobriety are clearly absent. 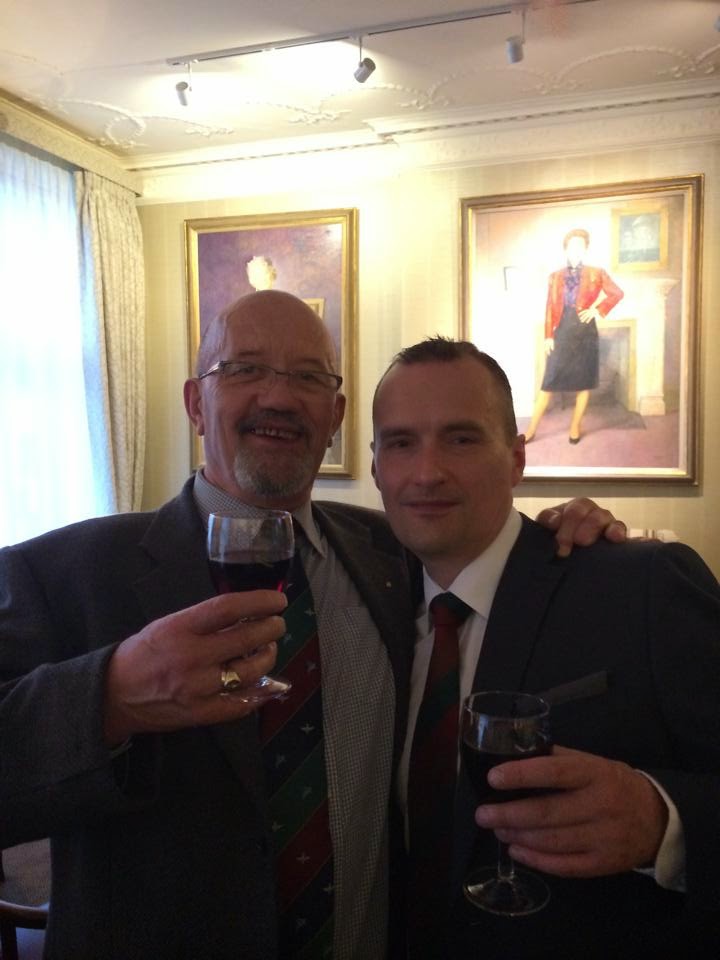 So what have I learned from this?

Posted by Subversive Runner at 20:59

Very good and amusing Dave can you make a living out of writing ........ Anyway must go.

Very good and amusing Dave can you make a living out of writing ........ Anyway must go.

Look forward to the novel Dave even if I do have to wait 5 years for it (supposing you eventually remember the idea). Sounds like a fine day out though pal nonetheless.