I'm not really sure what happened to me. I had managed around thirty-plus miles of the River Ayr Way Race before my knee started to sing, my ankle throbbed and my legs complained at being taken the furthest distance since June (actually they began to complain at mile six when they passed the June threshold, but I told them to shut the fuck up. By mile thirty they stopped listening).

As I pushed on to Dam Park and the finish my mantra changed from:

'Each step a little nearer,'

'Never again; and if I waiver please drive an electric drill fitted with a large masonary bit through both of my kneecaps.'

I decided that ultramarathon running clearly wasn't for me. In fact running should be something to be experienced only after attracting the unwanted attention of a person in the uniform of the Metropolitan Police Service.

But the sweet taste of success was intoxicating enough to consider an entry in the Glen Ogle 33 a day or so later. I think it's kinda like childbirth; after the passage of time the pain is forgotten as the sight, smell and texture of baby shit assaults one's senses to anaesthesia (that's the second time I've used that word in a week). Although finishing an ultra obviously hurts more than shelling a rug rat.

Supplement the taste of success with a few pints of Arthur Guinness's Black Gold and I'm on a GO33 application like a nun in a cucumber field.

However, after dissing the west coast based former doctor, Tim Downie in my earlier blog post, I've been challenged to a first-over-the-line-gets-a-pic-of-the-other-kissing-his-arse competition.

I don't like the taste of hairy, sweaty bum cheeks, and I'm kinda guessing that Tim's not an attendee at a back, sack and crack clinic; so I'd better get my sorry arse out the door and do some training.

On the face of it Tim should put me to bed without too much bother. His times in every race except the most recent RAW are infinitely more superior to my own, and I suspect he was just out for a bimble in last week's race. But what the fuck, I'll give it a go.

I was talking to someone pretty close to the George Groves camp this week and was told the plan for Groves' success against James DeGale was to simply to mirror everything DeGale did in the ring.

I'm wondering if the same thing might work against Tim in November.

I'm not sure I can effect an indistinguishable accent and adopt a slightly camp running style. 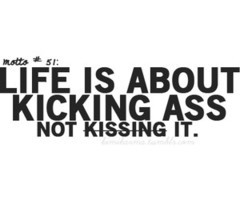 Posted by Subversive Runner at 20:03

excellent Dave..I look forward to the photos being posted laters..

I have just snorted water down my nose at the visual image of Tim at a BSC session.